“Intrade isn’t just an entertaining website. It is the latest iteration of one of the most important economic developments of modern times.”

Our mission is to provide you with the best prediction market platform and related services bar none. At the heart of Intrade is a marketplace for the exchange of predictions on uncertain future events often called “prediction markets” or “event markets”. When you make a prediction it facilitates the aggregation of crowd wisdom into predictive probabilities.

Predictive information generated by the Intrade community has been used by CNBC, CNN, FOX, WSJ, FT, New York Times, over 50 major universities and graduate schools in the US, the ECB, Cato, Bank of Japan, Bank of England, presidential candidates and innumerable Wall Street firms.

We have operated public and private prediction market places for Yahoo!, The Financial Times, the Wall Street Journal, the National Journal, RealClearPolitics, Rasmussen Reports and others.

Founded in 1999, Intrade is an Irish incorporated service business. Our team has almost 80 years combined experience in prediction markets. Intrade.com is considered to be the leading prediction market platform.

“At FORTUNE we often write about the latest hot company, but it’s rare that we get a chance to introduce you to an entirely new market. Intrade is the only efficient market system around for investing in, well, almost anything” 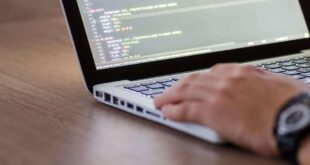